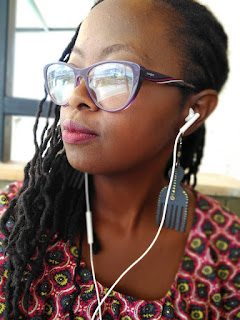 One thing I constantly battle with is hearing God’s voice. Myeen!

I STRUGGLE A LOT!

Hence I find myself constantly second-guessing most of the ideas/thoughts/plans/relations that I deal with daily.

Was it God’s will that I start a Company? Or was I too beat up with the lack of communication when I sent out gazillion ‘Job application emails and letters’ that I took the easiest way out? Hid behind entrepreneurship so that I do not have to get another silence/ another regret / another ‘rejection’. Is this company as a result of reckless faith or is it an escape from the seemingly lack of employment opportunities?

Was it really God’s plan / or my escape plan? 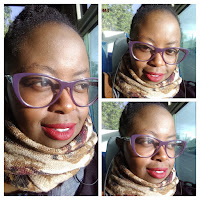 I cannot honestly answer this because: *read the second line*.

Building a company is NO walk in the park, leave alone starting a business. There are days on end that I don’t get out of bed because of the paralyzing fear of failing / not being relevant / not getting clients / not getting paid. Despite all these, I cannot ignore the overwhelming satisfaction that comes with doing what I do. I have and would offer communication strategies for free if bills didn’t need to be paid or counties visited or coffee had. There is an unexplainable joy that comes from putting together words that paint pictures and create worlds that exist only in the mind.

But still, a constant question of is it God’s will that I build my company or am I meant to be working for a company? Getting a paycheque at the end of every month? Did I give up too soon on the job searching? Was I like an email away to a dream career?

To those guys who are can hear/know beyond any doubt about God’s will/voice / in all areas of their lives - please show me your ways. Now, I know what the bible says about His sheep and knowing His voice. I know, maybe in 2020 its not just the vision that will be perfected.

This year part of the resolution was deep water faith. Taking on tasks that are very counter-intuitive, like being vulnerable, submitting to the process of being held accountable (especially in business), seeing humans through the eyes of God (eeeh this is the mother of all hard things to do). looking back, I am not sure I did well. I was too stuck on the fear of being hurt or failing.

Other than business, another struggle is the life choices I make. For instance, my non-negotiables when it comes to the dating scenes. Are they too stuck-up? Are they too old fashioned? Are they unrealistic? Now, let’s clear this:- I know there are some men who are not saved that would make for better life partners than the saved men ( I KNOW) BUT one personal non-negotiable is that someone I would consider to be in a relationship with has to have a relationship with Christ. Unfaithfulness is a deal-breaker for me.

Now here comes the spanner in the works: - is this my own standard or is this God’s will for my course of life. Is this the reason why I hang out with single-hood? Do people still uphold such values? Or does anything go? I have heard numerous stories about Christian men whose actions would make the devil blush, is it still feasible to pray and wait on God for a spouse? The stats and endless stories in these streets make the wait feel futile.


I don't know what 2020 holds, but I am planning to do a slow dance with all my fears as I do the things that scare me to death.

I wasn't cool enough to join a Life Group. 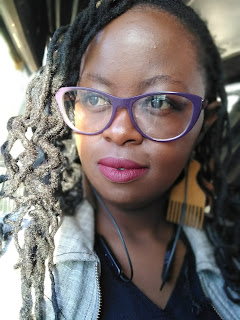 Have I ever mentioned a time when I was trying to join a Life Group?

I have never? Well, gather up people. This will be a long story.


Season: Piecing together a broken heart.

This was not the first time I was nursing a broken heart (You can read about that here), but somehow it felt like it was. The first time I dug deep into the books, found solace in soaking in all the knowledge I could, drowned my sorrows as the GPA rose. It was a breeze.
This time, there were no books to dig my head into. No GPA to work on. Nothing but allergies and TrioG.  I was out in the real world.

I guess that is why it felt very strange having to deal with these particular human emotions.

“Surrounding yourself with godly people might help,” the mind said to the heart. “I hear a problem shared is half solved.” So, I signed up for a 10week program geared towards forming life long relationships.

The 10 weeks crawled slower than a sloth trying to go up a hill. But I was determined to put in the work, time and money to make sure my life doesn’t spin out of control. Wearing our hearts on our sleeves was a prerequisite, so I did. I was fully committed to bonding with this group. Knocked off some bricks from the emotional wall I had built for years and begun to lower my guard.

It was emotionally draining, to say the least, but I got through the 10 weeks.

After successfully going through the program, we were given powers to go and build on the relationships that the program had laid the foundation for. I still felt a bit estranged but I was thrilled to be part of a godly group.

More often than not the meeting venue was always way off my way, but seeing I was hell-bent to belong to the group, I dug deeper into my non-existent pocket.

It was financially draining, but it was a price I was willing to pay. 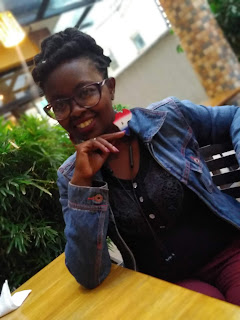 Ice : What kind of tutor are you looking for?
LG Member: (paused for a minute as she looked me straight in the eye, slightly tilted her head and narrowed her eyes)
Ice : (smiles)
LG Member: I can’t talk about my kids with you. Sorry.
Ice : (insert shattering glass soundtrack here)okay? (smile). Okay.

That was the last nail I needed for that coffin.

I wasn’t asking about their names? (which she had mentioned at some point during the meeting) Or which school they went to. It was a simple small talk (or so I thought) attempt. Her statement removed the veil I had put over my head. I had been trying so hard to fit in, to belong to a Life group that I was missing out on my life.

The truth was, this wasn’t the Life group for me. I wasn’t cool enough to be in their inner circle or even their peripheral. It took me a while to understand this, but I finally did. 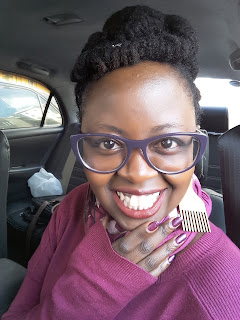 Not long after this, I found my way into a fellowship called MadLove. I met a group of people who showed me some mad love, it was insane!!

Maybe Faith! One thing I constantly battle with is hearing God’s voice. Myeen!   I STRUGGLE A LOT!  Hence I find myself con...

Karugi Njiru
I keep falling in love with words, good coffee and the Moon. One day Bae and I will enjoy all of these worlds.